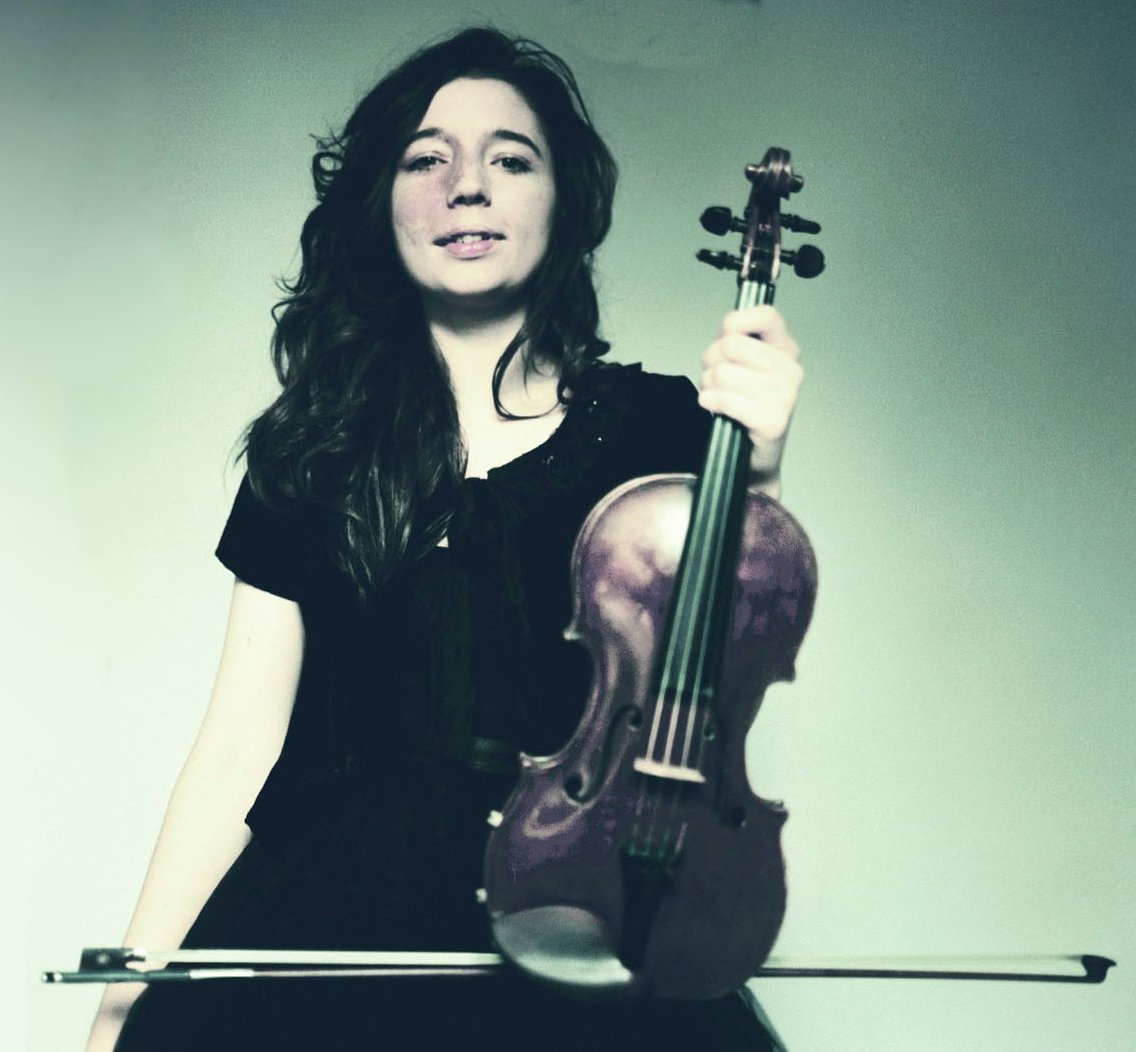 Eloisa-Fleur Thom studied violin as an undergraduate and graduate at the Royal Academy of Music with Maurice Hasson, completing her masters in June 2011. At RAM she was awarded the Edwin Samuel Dove Prize and Mary Burgess Prize, whilst being kindly supported by the MBF’s Emily English Award, the Countess of Munster and AHRC. A highlight of her studies has been receiving masterclasses with Maxim Vengerov; she looks forward to working with him in concert this Autumn.

Through prizes and engagements, Eloisa-Fleur has enjoyed performing as soloist with many orchestras. She has given solo and chamber music recitals at venues such as Bridgewater Hall, St.Martin in the Fields, Wigmore Hall and King’s Place. Eloisa-Fleur has been part of Making Music’s Philip and Dorothy Green Award scheme and is currently on the Countess of Munster scheme. Last year she performed composer Graham Fitkin’s sextet ‘Sinew’ as part of the London Sinfonietta Academy in a BBC Proms Plus event broadcast live on BBC Radio 3. Eloisa-Fleur is a Leverhulme Chamber Music Fellow at the RAM where she is kindly loaned a c.1770 Joseph Gagliano violin. She recently recorded the chamber version of Mahler’s 4th Symphony, to be released on the Academy’s record label in the near future. To see and hear Eloisa play click here and then, when her website opens, on ‘Video’.

Mark Austin began his musical education on the violin aged 4, and has since forged a distinctive musical life as a pianist and conductor. Mark enjoys a busy schedule as a duo partner and gives regular recitals. He has performed in venues including St Martin’s in the Fields, St John’s, Smith Square, Purcell Room, and Holywell Music Room, Oxford as well as at a number of prestigious private events, including at Chequers, and the Austrian Cultural Forum.

Mark studied at Cambridge University, where he held awards on piano and violin, and conducted regularly as assistant to Stephen Cleobury. Currently musical director of Faust Ensemble and assistant accompanist to The Bach Choir, Mark studies piano at the Royal Academy of Music. He has performed as conductor and pianist in venues such as Royal Festival Hall, Purcell Room, St John’s Smith Square and St Martin’s in the Fields. Mark has worked for opera companies including Co-Opera, Royal Academy Opera, and Cambridge Handel Opera Group. Recently he assisted Jane Glover for the world première of Sir Peter Maxwell Davies’ Kommilitonen! at the RAM.

J.S.Bach ~ Sonata for violin and harpsichord in E major, BWV 1016

Beethoven ~ Sonata for violin and piano in A minor, Op.23