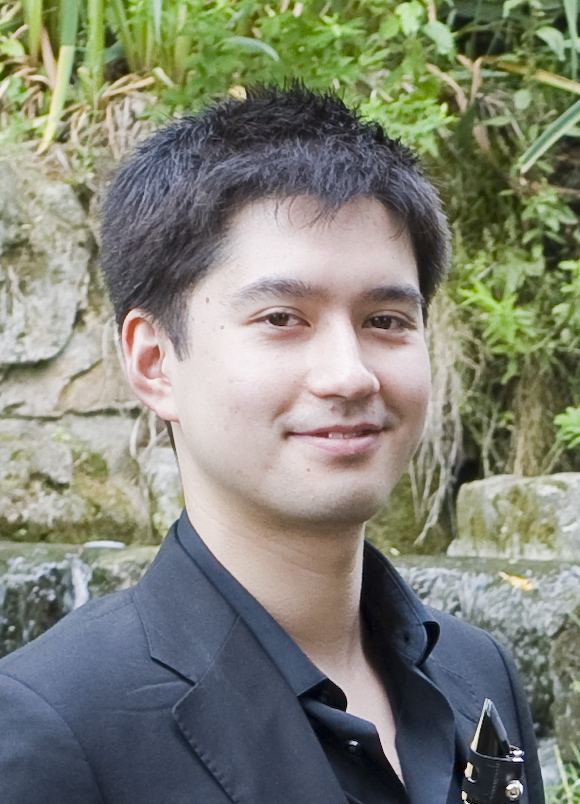 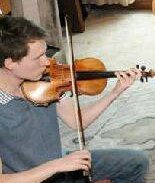 From left to right

These were the only photographs available. Their size does not indicate status within the ensemble

Clitheroe Concerts Society has a policy of engaging young up-and-coming artists at some of its concerts, thus giving them the opportunity to perform in public. The success of this policy may be judged from the fact that we gave some of their first engagements to John Ogdon (piano – October 1960), Stephen (Bishop) Kovacecich  (piano – December 1964), Susan Drake (harp – December 1969), Alberni Quartet (string quartet – October 1972) and Martin Rosco (piano – December 1976) among others. It will be interesting to follow the careers of the young artists playing in this and the next concert.

Kimon Parry – clarinet. In his youth, Kimon was a member of the National Youth Orchestra of Great Britain and a pupil at the Royal Academy of Music’s Junior Academy studying with Elizabeth Drew. During his undergraduate years as a Foundation Scholar at the Royal College of Music, Kimon studied under Richard Hosford and won the RCM Edward and Helen Hague Senior Woodwind Prize in 2008 before graduating with a First Class Honours in 2009. In 2011 Kimon completed his postgraduate studies with Distinction at the Royal Academy of Music under the tutelage of Mark Van de Wiel, with the financial support from the Countess of Munster Trust, the Ann Driver Trust and the Picker Award. In late 2011 he won the Clarinet & Saxophone Society (CASS)’s clarinet soloist competition. In 2012 he was a finalist in the wind/percussion section of the Royal Over-Seas League’s annual music competition and in the same year was awarded Recommended Artist status under Making Music’s Philip & Dorothy Green Award scheme. In the last couple of years he has played with renowned orchestras and ensembles including the London Chamber Orchestra, The Philharmonia Orchestra, the Royal Liverpool Philharmonic Orchestra and the London Sinfonietta. In 2013 he will be performing with the Southbank Sinfonia. He has also played with the Orpheus Sinfonia, the London Firebird Orchestra, the Britten-Pears Orchestra. A keen chamber musician, Kimon was a founder member of the Davis Clarinet Quartet, which as “Live Music Now” artists until late 2012 saw them playing in care homes and for children in special schools. In addition he has guested in much lauded performances with the Jubilee String Quartet and the Ellipsis Wind Quintet. As a recording artist, Kimon featured as a soloist on the Royal Academy of Music’s ‘American Icons’ CD. Kimon will continue to perform as a soloist on the Countess of Munster Recital Scheme during 2013-14. To sum up, Kimon is a young freelance orchestral, chamber and solo musician of considerable promise.

William Melvin – Violin. William  is twenty-four years old and a graduate from the Royal Academy of Music receiving a BMus hons and a MA DipRAM having studied with Marianne Thorsen and Erich Gruenberg.  He was a music scholar at the London Oratory School, and attended the Royal College of Music Junior Department, where he won several awards including the Hugh Bean Violin Prize, the Ian Stoutzker Prize, the Freda Dinn and the Ida Mabbett prizes.  During his time at RAM William was a prize winner in the Wolfe Wolfinson competition and the Winifred Small violin prize. He participated in masterclasses with world renowned violinists such as Thomas Brandis, Peter Schoeman and Maxim Vengerov.  As a member of the National Youth Orchestra of Great Britain, he has played in all the major UK concert halls and in 2007 led the Chamber Orchestra in a highly acclaimed performance of Britten’s War Requiem in St. Paul’s Cathedral. He also toured Europe with the European Union Youth Orchestra in the summer of 2010.  As the leader of the Bernadel Quartet William has performed in all the major UK chamber music halls, including the Wigmore Hall, Colston Hall and Kings Place. The quartet are chamber fellows at the Royal Academy of Music for the academic year 2013-2014.  He has appeared as a soloist in St. Johns’ Smith Square, Cadogan Hall and The Royal College of Music’s Concert Hall performing Mozart’s violin concerto in G, Saint Saens Concerto no. 3, Mendelssohn E minor concerto and Brahms’ Double Concerto.  In 2010 William was selected for the London Symphony Orchestra string scheme in which he played under conductors such as Bernard Haitink, Sir Colin Davis and Sir Simon Rattle. He is now on trial with the LSO and plays with the Philharmonia Orchestra.

Antony Ingham – piano. Antony studied at both the Royal Academy of Music (with Alexander Kelly) and the Royal College of Music (with Niel Immelman) as a pianist and joint first study cellist. During his last year of study at the RCM, piano and piano accompaniment became his main focus and whilst there, he was awarded several prizes. As a postgraduate, he won the UCLA piano concerto competition with the Arthur Bliss concerto whilst studying with the late Johana Harris in Los Angeles and performed regularly as principal cellist of the university orchestra, as well as giving various premiere solo performances. Tony enjoys a varied musical career of accompanying and coaching strings, woodwind and voice. He works regularly as piano accompanist for the RCM junior dept and has worked as official accompanist for the orchestra of St-Martin-in the fields, the Royal College of Music, Trinity, London College of Music and the Purcell School. He has performed at the Wigmore Hall, Purcell Room and St Martin-in-the-fields and has also given many solo piano lecture recitals for Princess Cruises. Tony was also the official accompanist for the British Double Reed Society convention of 2005 and 2006 and works regularly for various annual music courses eg Charterhouse, Bryanston and Ciaconna. He teaches piano at Westminster Cathedral Choir School.

Ravel ~ Sonata for violin and piano