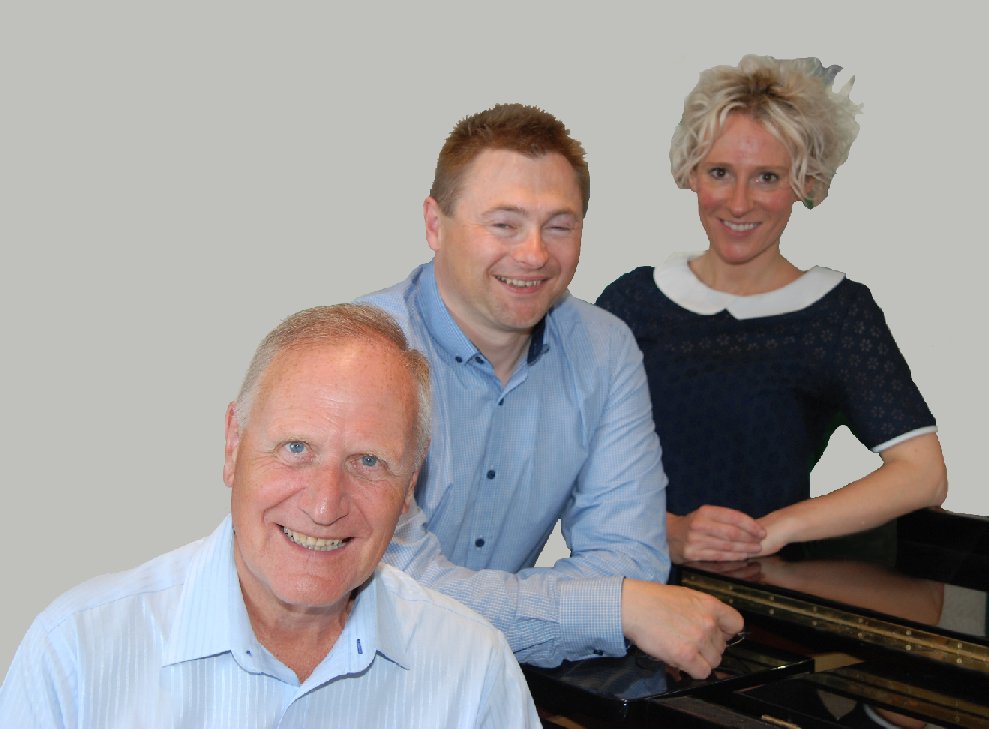 Philip had given several recitals with Robert and Gaynor separately before suggesting that they should explore the trio repertoire together. So in 2008 the Pennine Trio was formed. Their programmes have included trios by Mozart, Beethoven, Schubert, Schumann, Mendelssohn, Brahms, Tschaikowsky and Shostakovich but tonight they are featuring an evening of Czech music:- Novak, Dvorak, Zuk and Smetana.

Philip Kubilius studied at the Royal Manchester College of Music (now the Royal Northern College of Music) graduating with special merit in performance, since when he has accompanied many famous singers and instrumentalists and has been in demand as a chamber musician and soloist. He formed the Ensemble Elan Wind Quintet, the Kubilius Trio and performs in the Pennine Trio and in duos with various artists. His work in education includes 24 years as head of keyboard at the Blackburn School of Music. Philip has also been a teacher of  tai chi and qigong for over 30 years.

Robert Buller studied at the Royal Northern College of Music with Emma Ferrand prior to becoming a freelance IT consultant. He plays for many local orchestras and choral societies in Lancashire, North Yorkshire and Greater Manchester (as principal cello for the Promenade Concert Orchestra and Settle Orchestral Society.) Robert regular performs as a soloist and chamber musician with various ensembles; the Pennine Piano Trio, as a duo with pianist Philip Kubilius as well as the Cezanne Ensemble (string quartet / trio). Outside the classical sphere, Robert has played double bass with the Three Musikateers (gypsy jazz / bluegrass), FUGA (Argentinian tango quartet) and recorded / performed with several singer song writers and folk / indy inspired bands with occasional chart success.

Gaynor Sutcliffe  Last, but most definitely not least – the order was decided by the photograph – Gaynor made her classical debut at the tender age of 14, leading and performing the Bach Double Concerto with the Lancashire Students Symphony Orchestra, at one of John Travis’ concerts at Stonyhurst College before continuing to hone her skills at the Royal Northern College of Music, under the watchful eyes of Malcolm Layfield. Concerts with the Lancashire Students Symphony Orchestra, National Grant Maintained Orchestra, Royal Northern Symphony and Chamber Orchestras and Lancashire Sinfonietta have seen Gaynor tour through prestigious venues both nationally and internationally.

As a former key member of the renowned Swing Commanders for ten years, and now part of the Western Valley Hot Club, she has performed at festivals and theatres throughput Britain and Europe. The Swing Commanders’ successful 2011 Texas tour took them to many famous venues where their unique fusion of swing and western swing was highly celebrated. In 2011 Gaynor was awarded British Country Musician of the Year, though her true roots remain in the classical genre.