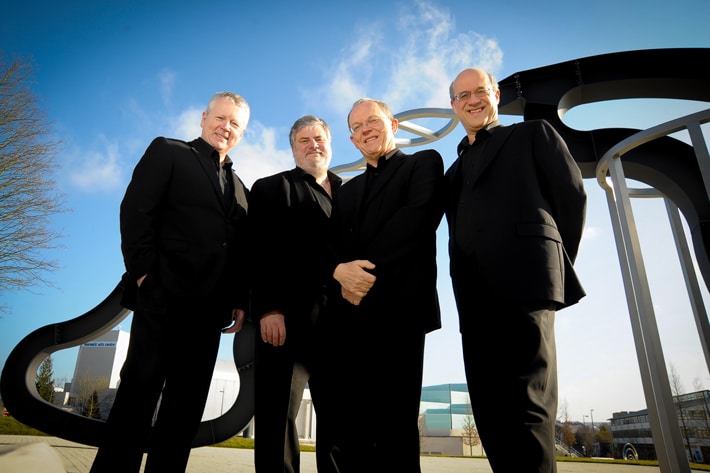 The Coull Quartet is one of the more venerable and long-standing English string quartets, perhaps best known for performances of British quartet music from the 20th and 21st centuries, but it has also enjoyed great success in the standard repertory. Formed in 1974 by students at the Royal Academy of Music under the guidance of renowned quartet leader, Sidney Griller, they rapidly achieved national recognition, and were appointed Quartet-in-Residence by the University of Warwick in 1977, a post which they held for over forty years. The Quartet, which includes two of its founder members, has performed and broadcast extensively throughout the UK, and has made tours of Western Europe, the Americas, Australia, China, India and the Far East.

Since the mid-1980s the Coull Quartet has made over 30 recordings featuring a wide selection of the repertoire closest to their hearts, from the complete Mendelssohn and Schubert quartets to 20th century and contemporary British chamber music. Their CD of quartets by Maw and Britten on the Somm label received universal acclaim; in addition to being featured in ‘Editor’s Choice’ in The Gramophone, it was also described as the ‘Benchmark Recording’ by BBC Music Magazine. Their recordings of music by Sibelius, Ian Venables, also for Somm, have received excellent reviews in the major musical publications, as has their recent CD, ‘Treasures from the New World’, with pianist Clelia Iruzun. (Clelia played for Clitheroe Concerts Society in April 2011).