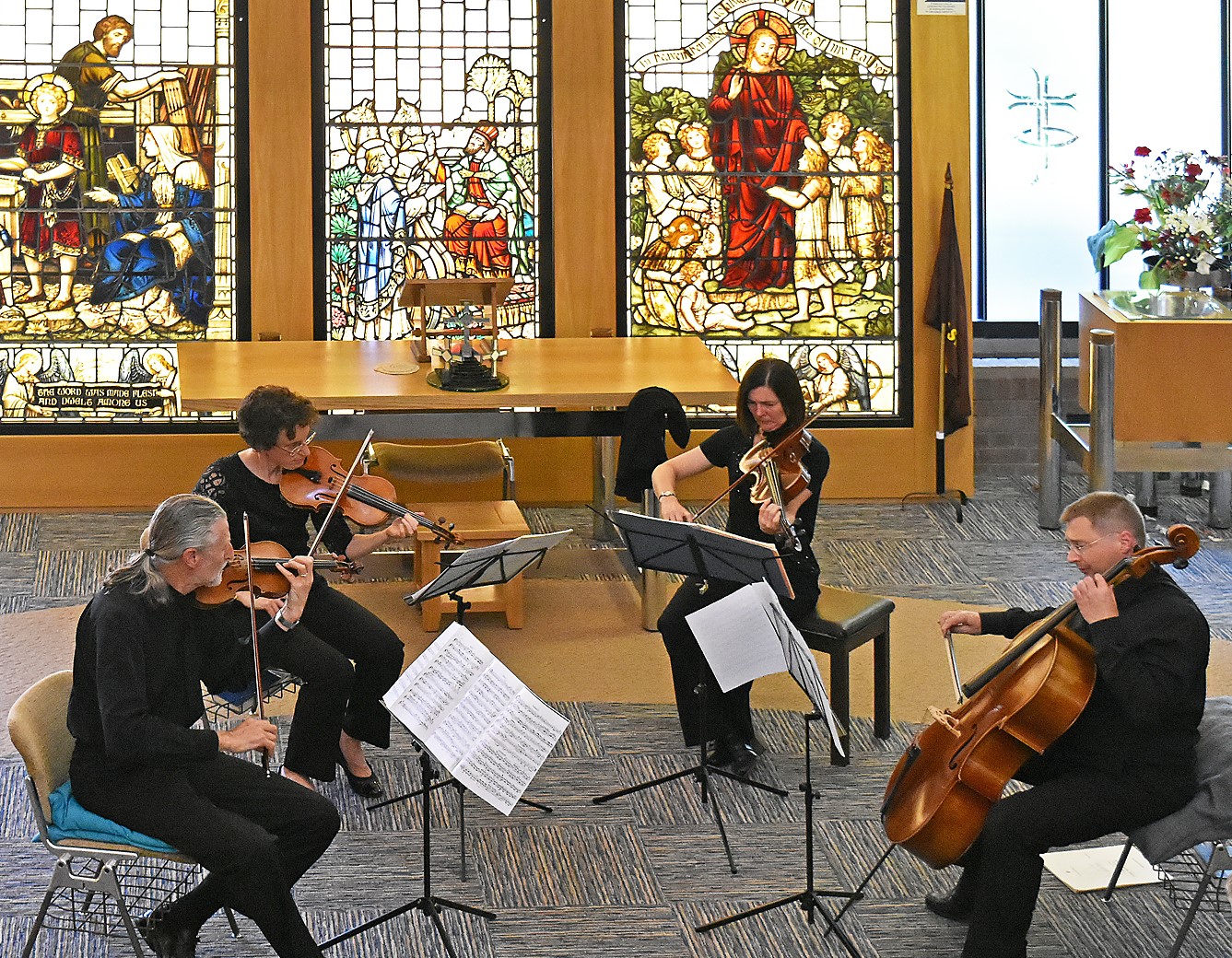 Formed in 2004, the Stonebridge Quartet aims to explore and perform the more challenging areas of the repertoire, from Haydn to the present day. They have appeared at venues across the North of England, covering a wide range of quartets from Haydn and Mozart through to Bax, Vaughan Williams, Prokoviev, Shostakovich and Britten.

Roland Fudge studied music at Birmingham University and then spent three years as a postgraduate student of violin and composition at the Royal Academy of Music in London, where he joined the Sartori String Quartet. They became the Quartet in Residence at Sussex University and then at Lancaster University, for several years performing throughout the UK and broadcasting on Radio and TV. When the Quartet eventually disbanded, Roland stayed in the North West, splitting his time between performing, composing, teaching and in pioneering work in Christian worship music. He is in his fifth year as Director of the Westmorland Youth Orchestra but has otherwise reduced his teaching schedule because of the growing demands on him as a composer and a performer.

Jane Cull began learning the violin with Beverley Somach whilst living in the USA. She later studied at the Royal College of Music Junior Department, studying with Miriam Morley, winning several prizes and taking part in masterclasses with Dorothy Delay. Jane was a member of the National Youth Orchestra of Great Britain. Whilst studying engineering at Newnham College, Cambridge she led the University Symphony Orchestra, and was a Chamber Music Instrumental Award Holder receiving coaching by the Endellion string quartet.

Allison Calderbank is an experienced orchestral and chamber player. She turned professional in 2009 after completing a Post Graduate Diploma at the Royal Northern College of Music. Since then, she has appeared regularly with the Halle Orchestra as a freelance player and she played in 2013 at a Promenade concert with them at the Albert Hall under the baton of Mark Elder. She has played in several recordings with the Halle, including their recent live Elgar ‘The Apostles’ CD. She also freelances for Manchester Camerata. Whilst at the RNCM, Allison played regularly in the RNCM orchestras as lead or sub principal viola and went on tour with them to Italy. She has also played as lead viola in many of the orchestras in the North West, including the Haffner Orchestra in Lancaster for four years and the Liverpool Mozart Orchestra. Allison particularly likes chamber music and has played with the Stonebridge Quartet since 2004. Allison is also a qualified Chartered Accountant (trained with Price Waterhouse Coopers) and has run her own accountancy and tax practice for the last fifteen years. She now combines her music and accountancy careers, enjoying both.

Robert Buller is a former pupil at Clitheroe Royal Grammar School and still lives in the town. He studied at the Royal Northern College of Music with Emma Ferrand prior to becoming a freelance IT consultant. He performs with many professional string quartets as well as playing for a variety of local orchestras and choral societies in Lancashire and North Yorkshire. As a session musician, Robert also performs and records with various folk an popular music bands, with some chart success.