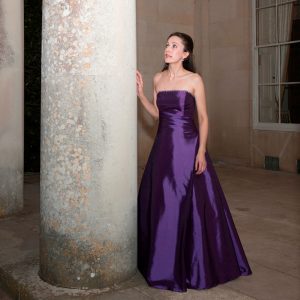 British pianist Maria Marchant was awarded First Prize and Gold Medal in the International Hindemith Competition in 2008 whilst studying for her MMus in Advanced Piano Performance at the Royal College of Music, as one of four recipients of the BBC Performing Arts Fund Education Bursary. She was also awarded the RCM Hilda Anderson Deane Scholarship and was selected as one of RCM’s ‘Rising Stars’. She gave her Wigmore Hall and Southbank debuts in 2010 to critical acclaim after being selected as a young artist on the Concordia Foundation, Park Lane Group and Tillett Trust schemes. Since then, she has been much in demand as recitalist and has performed in numerous festivals such as the Cambridge Summer Music Festival, Cheltenham International Music Festival, ‘John Ireland in Chelsea’ Festival, King’s Lynn Festival, the Proms Plus Series, Steyning Festival and Stratford-upon-Avon Festival. She has also given recitals for many music societies and is delighted to be pianist-in-residence at the Shipley Arts Festival. To visit Maria’s website where you may see and hear her play, click here

A passionate advocate of British music, Maria chose to make her Wigmore debut performing a programme entitled ‘The English Fantasy’. She regularly features works by Bridge, Britten, John Ireland and Ronald Stevenson in recital programmes and many of her upcoming concerts, including tonight’s are being sponsored by the John Ireland Trust.

This Programme, featuring items inspired by poetry, is entitled

There will be information on the poets involved in the programme notes
.

Liszt ~ Ballade No.2 in B minor

This concert is sponsored by