As usual at our December Concert, we will be providing mince pies and a hot mulled drink at the interval 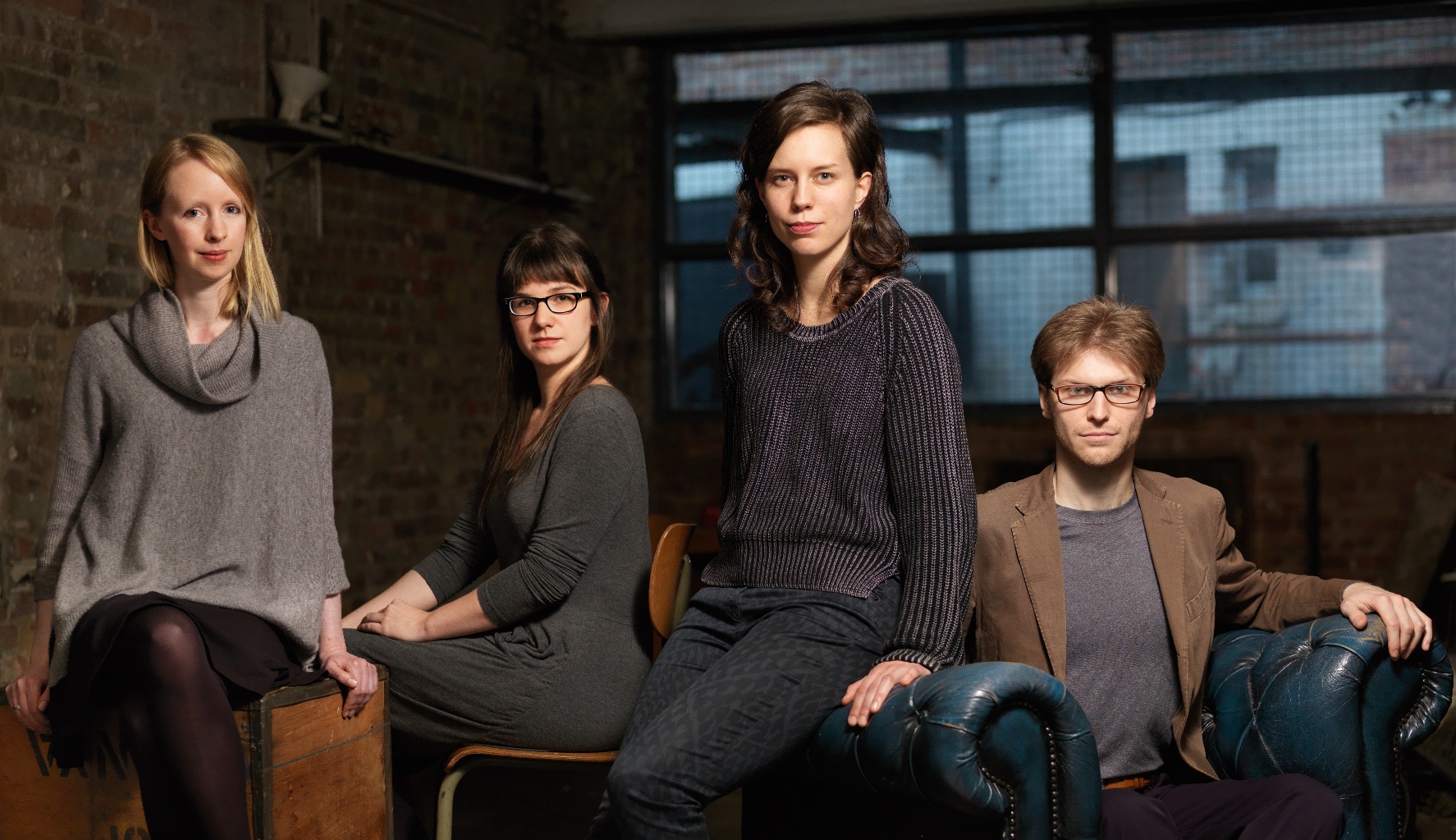 Praised for their ‘refreshing approach’ and ‘exciting precision’, the Gildas Quartet are fast establishing themselves as one of the most exciting young ensembles to emerge in recent years. The quartet are proud to be City Music Foundation Artists 2015 and Junior Fellows at the Birmingham Conservatoire. They have performed to critical acclaim across the UK and Europe at major venues including the Purcell Room, Wigmore Hall, and live on BBC Radio 3. They will make their Bridgewater Hall debut later this year as part of the Manchester Mid-day Concerts series. The quartet have frequently been featured by the Park Lane Group Young Artists scheme and are grateful for awards and support from the Tunnell Trust, the Richard Carne Trust and the Royal Northern College of Music.

Passionate performers of a hugely diverse repertoire, the Gildas Quartet have had the privilege of working with both Colin Matthews and Sir Harrison Birtwistle on performing the composers’ most recent string quartets at London’s Southbank Centre and The Forge. The quartet performed live via video link in New York’s Carnegie Hall for the American Composers’ Orchestra, giving the world première of Ray Lustig’s ‘Latency Canons’ which received a glowing 4-star review in the New York Times. Other recent projects have seen them give recitals at the Two Moors Festival, Hampton Court Palace, the Conway Hall and Purcell Room, and an extensive Scottish tour reaching from Edinburgh to Orkney. With generous support from the Britten Pears Foundation, the quartet is delighted to have been able to commission a new quartet from Philip Cashian which will receive its premiere in 2017.

We have just learned that the quartet has been selected to take part in the Geneva International String Quartet competition which takes place in November, just before they come to play for us. To learn more about the quartet visit their website.