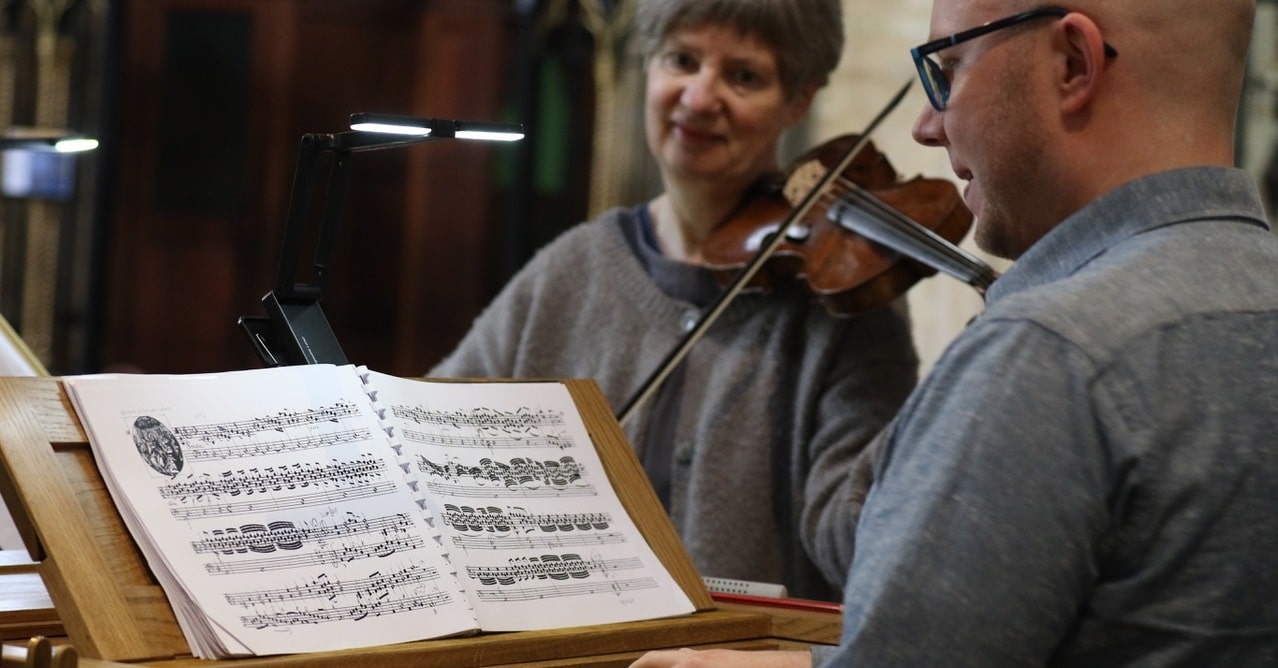 The Bach Players is a group of singers and players known for their engaging programmes of seventeenth- and eighteenth-century music. According to needs, the ensemble varies in size from three to twenty-five musicians. In their concerts The Bach Players make links between composers, national styles, and developments in music – to provide a wider context in which to present the famous composers of the time. They play on original instruments, and all vocal music is sung in its original language. When singers are involved they are part of the group and not ‘add ons’. They work without a conductor. Their concerts are lively, informal events in which the musicians engage actively with their audiences.

Founded in 1996 by Nicolette Moonen, the group’s artistic director, at first their main focus was on J.S. Bach’s sacred cantatas, performed with small forces. Gradually horizons were expanded to a broader picture of Bach’s time and the circumstances in which these pieces were composed. Experience has shown that old music comes alive when put in context, and when questions are posed.

Nicolette Moonen grew up in Amsterdam bilingually, in a Dutch-French musical family – an experience that later encouraged her to learn the main European languages. In 1992 she moved to live in London. Her taste in music has been shaped by a love of languages. She is passionate about the connection between language and music, and has a special affinity for French music. In 1996 she founded The Bach Players of which she is the artistic director and leader. She teaches at the Royal Academy of Music in London and has directed the baroque orchestra at Dartington from 1998 to 2013. Nicolette studied with Jaap Schröder and Sigiswald Kuyken, and has played with most British and other European baroque orchestras (Amsterdam Baroque Orchestra, English Baroque Soloists, Orchestre Révolutionnaire et Romantique, the Orchestra of the Age of Enlightenment, among many). She has been invited to lead ensembles such as Collegium Vocale Gent, La Chapelle Royale, Ex Cathedra, the European Union Baroque Orchestra, and English Touring Opera.

Pawel Siwczak is a harpsichordist, fortepianist, and historical keyboard specialist. Among his prizes are the 8th Broadwood Harpsichord Competition, the Sir Anthony Lewis Memorial Prize (Musica Britannica), and the award of the Minister of Culture of Poland. He combines a solo concert career in the UK and abroad with experience as a chamber musician and continuo player, also conducting from the harpsichord. He has performed with many orchestras, among them Florilegium, Orchestra of the Age of Enlightenment, Britten Sinfonia, Royal Northern Sinfonia, Mahler Chamber Orchestra. Pawel teaches at the Royal Academy of Music in London.