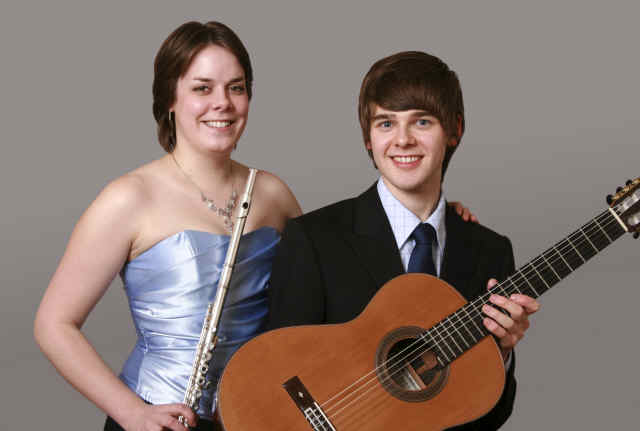 Formed in September 2003 at the Royal Northern College of Music, Da Capo Duo has firmly established itself in Greater Manchester and the surrounding area as a versatile performing ensemble. Sarah played for us at out 2009 Summer Concert/AGM. Andrew is a post-graduate student at the RNCM. Having been accepted onto the RNCM’s Professional External Engagements list, the duo has developed a busy concert schedule, recently performing live on local radio. Da Capo Duo has performed extensively in collaboration with LIME (a co-operative venture between Music in Hospitals and Live Music Now), taking them into the heart of the local community, as well as giving many recitals. Through this variety of work, their experience and teamwork is apparent, and audiences have commented on their rapport, clear communication and the professional manner in which they present themselves and their music.